But besides this, the technique you move forward with will dictate the placement of your surgical scars. So, if you're asking yourself, “what will my breast augmentation scars look like?”, knowing the technique used can guide you in the right direction.

In this post, we'll discuss the pros and cons of the four types of breast augmentation techniques available for augmentation mammoplasties and provide a comprehensive overview of what this procedure entails. Read on to learn more about breast augmentation surgery, or use the links below to skip to the sections that interest you the most.

What Is A Breast Augmentation?

Before diving into the different techniques used for breast augmentation, let's take a closer look at what the procedure involves. Doing so can help you gain a deeper understanding of scars and make it easier to find the best course of treatment post-surgery.

That said, breast augmentation, also known as an augmentation mammoplasty, is a cosmetic procedure designed to enlarge breasts with implants, primarily with silicone, saline, or gummy bear filling. A breast augmentation may be worthwhile if you want to make your breasts appear fuller, even out breasts, and boost your confidence.

There are four main types of breast augmentation techniques—inframammary fold or sub-pectoral, trans-axillary, peri-aeriolar, and Trans Umbilical Breast Augmentation (TUBA)—that can impact the result of your surgery. Make sure that the surgeon you choose has plenty of training and experience successfully performing the augmentation mammoplasty incision you want.

It's important to take all of the breast augmentation factors into account, including technique, but also the following: 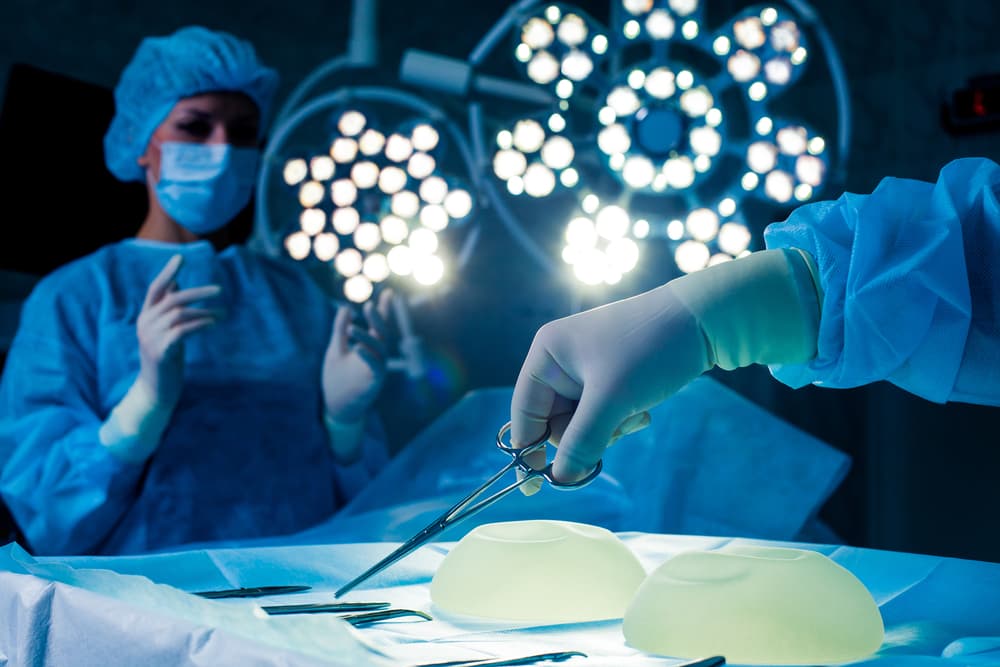 An inframammary fold or sub-pectoral is an augmentation mammoplasty technique that involves creating an incision in the crease located beneath the breast. Saline implants are often better suited for this kind of surgical technique.

In many cases, the scar left behind the incision is discreetly hidden away thanks to the natural sag of the breast. Women who've never had children may have more prominent scarring due to a lack of creasing underneath the breast. However, scars can easily be covered with a bra or bikini top. Further, the same incision can be reused for additional mammoplasty procedures, preventing other scars from being formed.

This type of augmentation mammoplasty technique is very common due to its effectiveness and ability to work well for mothers, older patients, young women, thin women, and women who've had no children. Plus, it doesn't have a huge impact on milk production. Due to its popularity, approximately 70 to 80% of breast augmentation surgeries are performed as an inframammary fold.

An augmentation mammoplasty performed with the trans-axillary technique requires a plastic surgeon to create an incision under the armpit, also known as the axilla, and insert the implant through the slit. One benefit of trans-axillary procedures is that there's minimal harm to the mammary glands, allowing women to preserve their hopes of breastfeeding in the future.

Typically, this type of breast augmentation technique leaves no visible scarring on the breast, which is a significant advantage for individuals worried about unattractive scars. However, there's a possibility of thick scarring where the incision was made, so scars may be visible whenever you lift your arms. Surgeons may attempt to make the incision very small to prevent a large, thick scar from forming.

Because the incision is so small, surgeons may have to use a tiny camera known as an endoscope to finish the procedure. This can make it challenging for surgeons to position the implant in the appropriate place and ensure it's uniform. If implants aren't symmetrical or correctly placed in the breast, additional incisions during corrective surgery will likely be necessary.

Keep in mind that only 10% of breast augmentation surgeries are executed via this type of surgical technique, so it may be challenging to find a skilled plastic surgeon to perform it.

During a peri-aeriolar breast augmentation, an incision will be made around the lower half of the areola, leaving enough room for the implant to be slipped in. This augmentation mammoplasty technique is also common, so you should have an easier time finding a plastic surgeon to perform it.

Peri-aeriolar augmentation mammoplasty procedures can be ideal for women with small breasts (since they don't have inframammary folds beneath their breasts) or at risk of developing hypertrophic scars. That said, scars are usually not a cause for concern with peri-aeriolar techniques since they'll blend in with the areola. Still, scars are a possibility.

Milk-producing structures found in the breast can be affected due to the nature of the procedure, which may make it difficult for women to breastfeed in the future. So, if you're considering nursing a child later in life, this incision technique may not be right for you. Speak with your surgeon about your options and ways to minimize this risk.

Peri-aeriolar breast augmentation can also alter the sensitivity of your nipples.

Trans Umbilical Breast Augmentation, or TUBA, is one of the newer techniques used for augmentation mammoplasties. During a TUBA procedure, an incision will be made through the patient's naval to allow an endoscope to be slipped and snaked toward the breast. Then, the surgeon creates a pathway, and the empty implant is tightly rolled and inserted through the slip, tunneled to the breast, and filled with saline.

Since there are no direct incisions on the breast, the TUBA technique can allow you to retain full sensitivity in your nipples and breastfeed if you wish to do so later in life. There also won't be any scarring on your breast. While the incision scar can develop on the navel, it's often discreet and less noticeable. Another benefit is that trans umbilical breast augmentations are less invasive than other augmentation mammoplasty procedures, so you'll be in-and-out of surgery quicker and recovery time will be shorter.

One of the many drawbacks of the procedure is that TUBA can only be used with saline implants. Moreover, implants are more likely to become damaged with a trans umbilical breast augmentation procedure because they have to be tunneled from the incision to the breast. There's also the possibility of tunneling under muscles. Regardless of what complications arise, corrective surgeries will be necessary to remedy the issue and a new incision will have to be made.

Note that manufacturers often don't honor the warranty of saline implants if inserted via trans umbilical breast augmentation. So, problems with your implants that may have otherwise been covered by the implant's warranty will have to be fixed at your expense.

Performing the TUBA procedure also requires surgeons to be highly skilled to ensure the best results. Due to the amount of training and experience needed, finding a suitable plastic surgeon near you can be difficult.

Determining the ideal placement for your incision can be complicated, but a qualified plastic surgeon can use their medical expertise to provide recommendations based on your desired outcome. 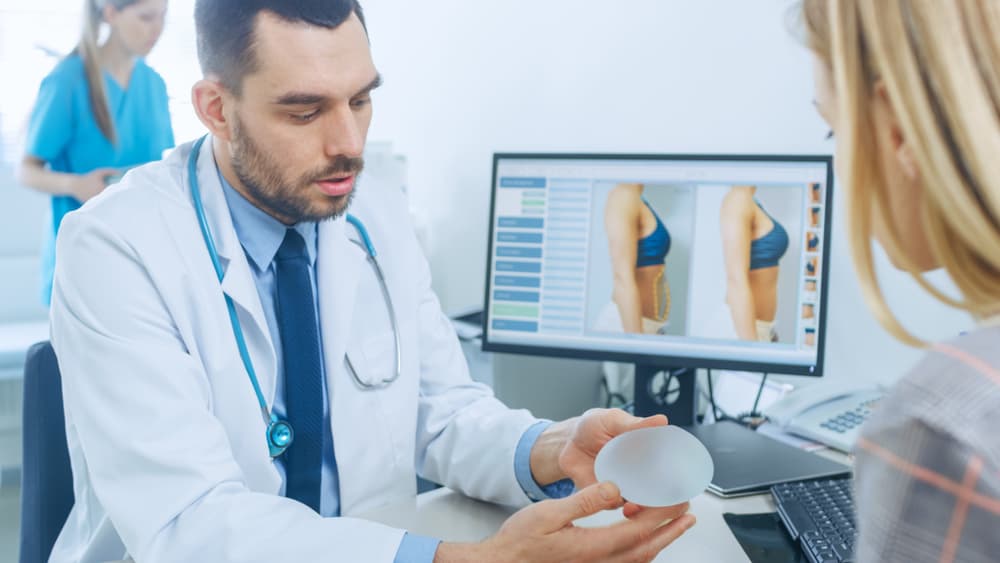 If you've determined what breast augmentation incision technique you want to move forward with, the next step is to choose a plastic surgeon. We've outlined a few general tips to help you find a suitable plastic surgeon below:

As with any cosmetic procedure, there are breast augmentation surgery risks that you should be aware of, such as:

For this reason, all board-certified surgeons require patients to be in good health prior to the procedure taking place. This is to ensure your safety and reduce complications during and after the breast augmentation.

As mentioned, the breast augmentation technique used to perform your augmentation mammoplasty has a massive impact on the placement of your scar. So, here's a quick recap on scar locations:

Let's say you don't want incisions or subsequent scarring on the breast itself, techniques to consider include inframammary, trans-axillary, and TUBA. Nevertheless, scarring is a normal part of plastic surgery and is often unavoidable.

Fortunately, there are several ways to minimize scarring after a breast augmentation. Treatment options include:

If you're concerned about scarring, speak with your doctor about how to properly care for your surgical incisions post-op. Post-surgery care generally includes keeping the incisions clean, ensuring it's covered and moist, limiting contact with the wound, and avoiding strenuous physical activity or heavy lifting. Carefully following their aftercare instructions can help your incisions heal faster and reduce the likelihood of scarring. Plus, you'll also lower the possibility of infection. 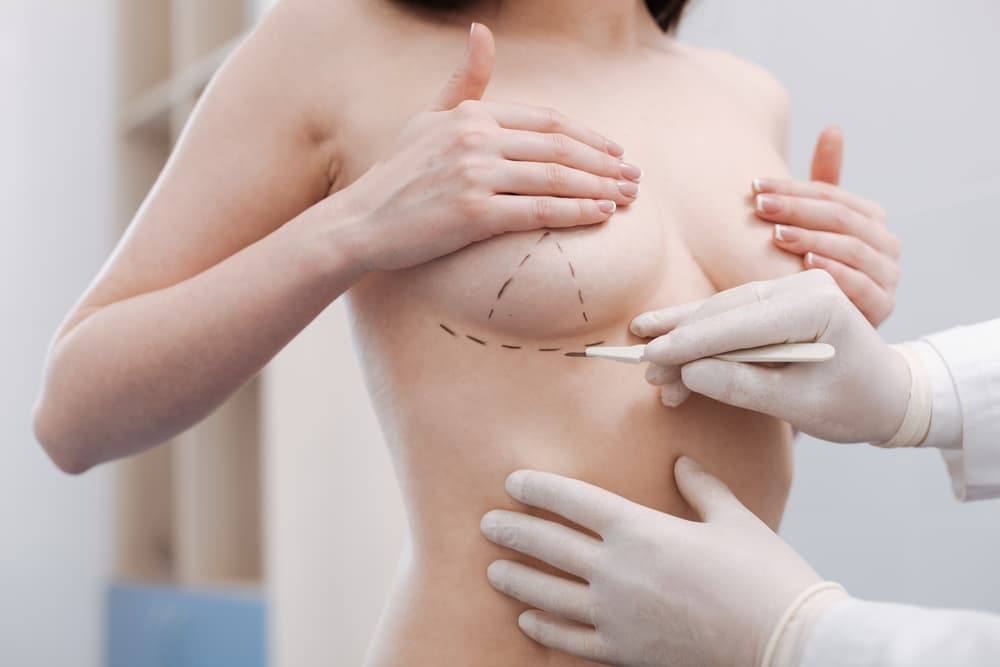 What are the different breast augmentation techniques?

There are four distinct kinds of breast augmentation surgical techniques:

The main difference between the four is the placement of the incision, which impacts scarring and how the implant is inserted. For example, with a peri-aeriolar augmentation mammoplasty, an incision is made along the lower half of the nipple as opposed to underneath the breast like in a sub-pectoral breast augmentation.

As another example, trans umbilical breast augmentation procedures require surgeons to make an incision through a patient's belly button and create a pathway for the implant toward the breast. An empty implant is then rolled tightly and tunneled through the path created.

What is the best method for breast augmentation?

There is no superior approach when it comes to the methodology of breast augmentation. You have several options, and each of the four techniques mentioned in this guide has pros and cons you'll have to weigh carefully before finalizing your decision.

Consider thinking about your desired outcome, including the type of implant you prefer and where you want the scar to go. Then, speak honestly with your plastic surgeon about your surgery goals. One important thing to mention is whether you wish to breastfeed in the future since some techniques can impact your ability to lactate. With the information you provide, surgeons should be able to make recommendations based on your specific needs.

A breast augmentation can significantly boost your confidence, especially if your breasts have become less full or are no longer asymmetrical due to age, weight loss, or pregnancy. There are important considerations to keep in mind as you move forward with this procedure, such as the type of breast augmentation technique. Doing so can help ensure you obtain your desired outcome and have full, well-rounded breasts.

Regardless of which surgical technique your procedure is performed with, you'll be left with a scar. The placement of the scar and it's size will vary from person to person, depending on the incision, implant size, and so on. With embrace®, you can tackle surgical scars that are less than six months old so that you can enjoy your new breasts without fear of noticeable scarring.

In addition to helping you reduce the visibility of breast augmentation scars, we can also help lighten and flatten mommy makeover, tummy tuck, liposuction, and c-section scars.

Search our blog and find all of your answers.